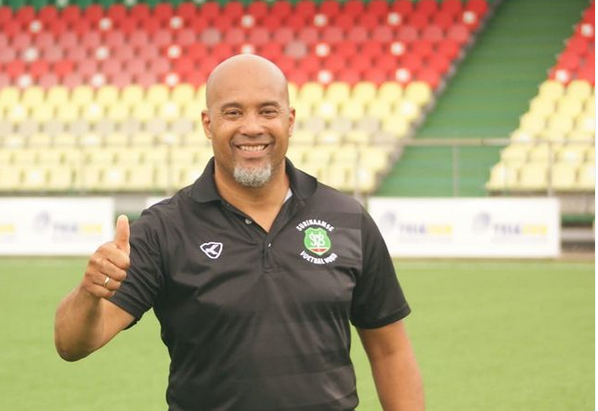 We are still fairly new to one another.

It’s a bit sour for now, but the whole country of Suriname can be proud. We have made significant progress. Suriname has been put on the international football map.

Canada has shown Suriname where we stand ,with a team that has been working together for years. Canada was better throughout the game. We must dare to admit that. I can now say that soberly after the 4-0 defeat in the decisive game of the first round.

I thought the first half was balanced, we put a lot of pressure on Canada in the first quarter, which you can also see from the 3-0 corner shots ratio. Unfortunately, after the unapproved goal by Sheraldo Becker, we only got one great chance in the second half. After the first half (1-0) we were still in the game. However, we sank during the second part of the second half.

We had some problems defensively in the second half. Canada trumped us. It’s a more complete team than we are. They were better and it shows in the results. It is a team that has been built on for years. We are a young programme and this level demands experience. We must dare to admit that.

I compliment the group. It’s a great group of footballers and they’re starting to feel each other better. They proved that in the four matches played. Not only offensively but also defensively they have done tremendous work. They worked very hard for the team when we came under pressure.

We are of course not satisfied. This was a very important game for us. We wanted to beat Canada. I always want to give the maximum for Suriname. I love this country. Unfortunately, my hard work has not yielded the right result.

I will continue with this mission. We are on the right track and will not be put off by the first defeat. We have learned that we need to continue to work hard and that is exactly what we will do. All in due time.